It's the view, but also the feeling. Accomplishment. Satisfaction.

24 °C
View A Thread of Silk on automidori's travel map. 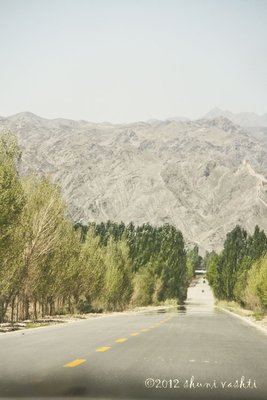 Do you see that thin light brown light on middle right of this photo? That's part of Great Wall which is called "overhanging" Great Wall or "xuanbi". 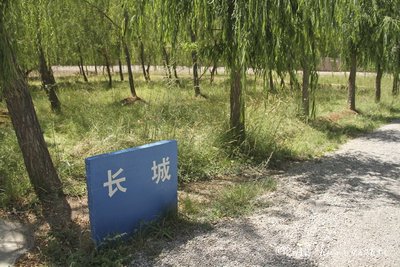 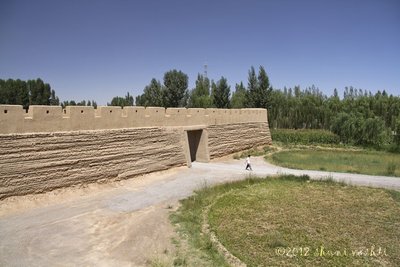 ... and nearing the wall 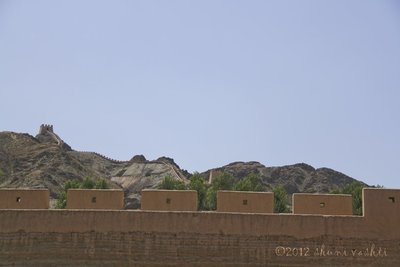 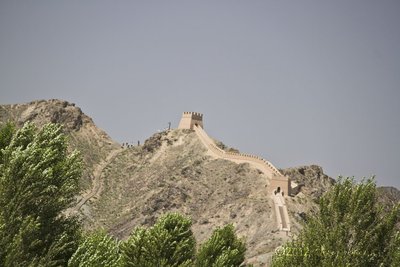 Here's a more close up one. Because of the position on a cliff like this, people call it "overhanging".

Here's some reference which I quote from Uighur Tours:
Jiayuguan Overhanging Cliff Great Wall is located about 8km from Jiayuguan City. The Overhanging Great Wall was built during the Ming Dynasty (1368-1644). Work began on it in 1539, and was completed in the following year. The Overhanging Great Wall was built using layer upon layer of stone and yellow earth. In subsequent years, the wall has dwindled from its original length of 1.5 kilometers (0.93 miles) to its current 750 meters (2,460 feet).

The Overhanging Great Wall is an extended part of the Jiayuguan Pass, and was once an improtant component in the medieval military defense system. Winding through the Gobi desert to the steep Black Mountain (Hei Shan), the Overhanging Great wall appears to hang over the cliff and block the vital pass of Shiguan Xiakou, which is how it got its name. It is similar in appearance to the grand Bedaling Great Wall in Beijing, and is therefore also known as the Western Bedaling.

The Overhanging Great Wall was reconstructed in 1987, with sidesteps added to allow visitors to climb the wall. 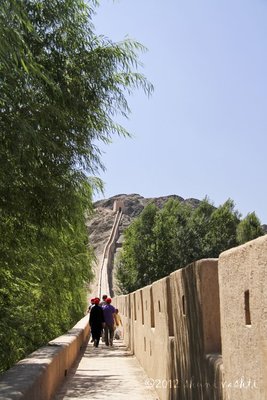 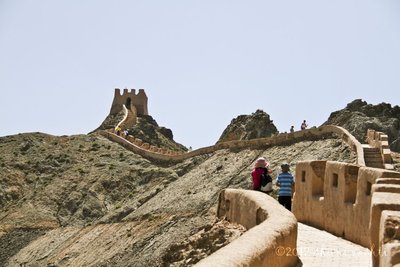 Come on, you can! 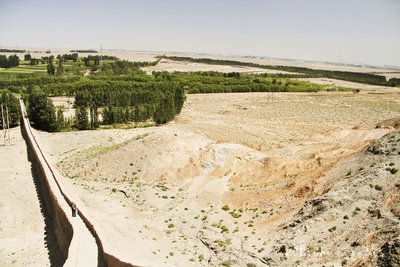 I turned my head back, and wow... is that where I had been? 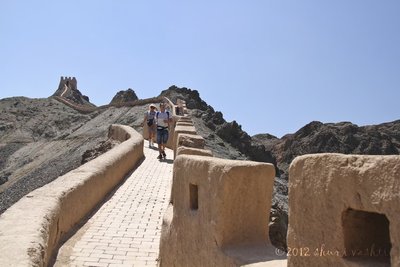 And yet, a long line of wall still lies ahead... 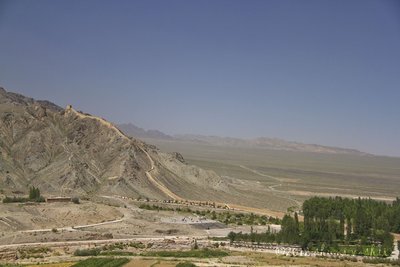 I only finished until the second highest point. It was already passed lunch time. I didn't want to push myself too hard with an empty stomach. If I faint or something up there while my driver is down, down, down... the road over... ah, better acknowledge my own limit. Oh the view down there was marvelous, especially when you feel like you have conquered Mount Everest :P 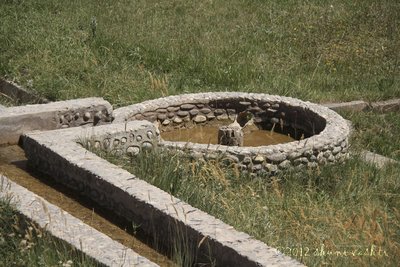 I saw this near the entrance and wonder it is / was actually for. For keeping water?