"Because everyone still have their sanity," I answered.

Insane yet consciously, I stepped into this adventure. This is really what I want. However, I didn't expect the adventure to begin this early.

Everything on this day seemed not to be going right. First, my taxi driver was terribly sleepy. That made me nervous as we entered the toll road. I asked him to let me down at his company taxi pool in Cakung so that I could change taxi. He objected. He said, he would be scolded for that. Nevertheless he kept on dozing. At times I had to remind him to move on when the traffic light turned green. I had to tell him to go left or right when he stayed behind a truck whereas the other side of the road was vacant. Oh, I wish I could drive. He could sleep and I drive.

Nearing Soekarno Hatta Airport, my taxi made a rattle noise. We pulled over by the side of the road.

Now, he must be wide awake. I bet.

I was just grateful that we were already out of the toll road. All the taxis heading to the airport were of course occupied. I had no choice but wait for Mr. Sleepy change the tire. Luckily I left home pretty early. I said so to Mr. Sleepy and added, "What would you do if I left just in time and missed my flight because of you?"

With no sign of guilt, he slightly answered, "Namanya juga musibah." (= It's just sort of an accident.)

China Southern Airlines opened several check in counters. I took the one that had the shortest queue. Minutes went by. Other passengers who were behind me in the other lines were already ahead of me.

"Do you keep batteries, chargers, et cetera in your luggage?" asked the check-in staff when my turn at last came.

"Yes, I do." I had 2 batteries of 2 cameras, 1 battery for flashlight, 1 charger for handphone.

"Take them out!" he ordered. "They have to be hand-carried."

While pulling a bag containing all kind of batteries, cables, and small handy tools, out my suitcase, I grumbled. "I have been flying many times but have never been ordered to take batteries out."

This staff examined my ticket from top to bottom to top again. "Are you going to Guangzhou or to Xi'An?"

"But this flight is going to Guangzhou, you know."

"Yes, I know. There is no direct flight from Jakarta to Xi'An. Therefore I have to change flight in Guangzhou. These 2 flights I purchased in a single ticket."

He stared at his monitor with a confused look. He called his colleague over.

His colleague answered, "The system is down. It cannot print your boarding pass for Xi'An.

They both went up and down to the computer at the next counter, tapped here and there on the keyboard, back to their computer, and so forth. "I have been flying many times but have never experienced system breakdown that disables printing."

I managed to tell the Chinese guy behind me to move to the other line, because the system is down -- in my scattered-broken Mandarin.

I heard a squeaking sound and then... oh there's my boarding pass.

"Are you returning?" asked the check-in staff.

"Where's your return ticket?" He turned my e-ticket back and looked at it with a "You are lying to me." Of course nothing was written there. I didn't purchase a return ticket for Jakarta - Xi'An.

"I'll be returning from Istanbul." I tried to explain.

"What?? Istanbuuul??" His "You are lying to me." look turned wider.

Around an hour before we were actually due to land on Guangzhou, an announcement in broken English -- not as broken as my Mandarin though -- was heard. It said, due to heavy weather, our plane cannot land. I looked through the window. Everything was plain grey.

My heart beat jumped faster. Half an hour passed, but I still couldn't feel our plane descending. Plain grey still covered the windows. It was not the weather that I was worried about. It was my flight to Xi'An! I had already been told that in Guangzhou I would have to proceed through the immigration check-out, pick up my luggage, and check in all over from the start. Without any delay, I would only have 1 hour and 40 minutes for that. Now, here I am, still floating in grey sky while there should be only minutes left before the gate to Xi'An closes. I couldn't bear the thought of what I should do if I miss my flight to Xi'An.

Baiyun International Airport of Guangzhou surprised and confused me at the same time. My jaws dropped at the size. My eyes narrowed at monitor signs. According to that monitor, my flight to Xi'An is taking off in 5 minutes. I was frantic! Hey, this is not my fault. You should do something about this.

A lady staff told me to queue at counter number 3. But when my turn came, I was stared at with an "Are you out of your mind?" Next to me was a family group looking as frantic as me. The man in that group sounded mad. I peeped into the ticket in his hand. Taiyuan. His departure time was even 20 minutes before my flight to Xi'An. They were in the same flight as me. This lady staff only understood that I was angry, but couldn't understand my English. She told me to go to counter number 7.

A group of Indonesian tourists were queuing there. I told them that I was terribly late. Thus, they let me go ahead to the counter. This time I regretted he could speak English. "Already take off. Don't be late." Those words were like slashes of a sword on my chest.

"Hey, I wasn't late! Look, this is my ticket! My flight from Jakarta touched down on Guangzhou late!!"

Now he looked at me with a "Oh, is that so?" Then he stepped back and talked with another staff.

"What do you mean 'okay'?! I've just been from counter number 3. And now you tell me to go there again."

"Your flight is late. Go to counter number 3."

Aaarghhh! At counter number 3 a different lady was in charge. That family going to Taiyuan was still standing there. I showed my boarding pass to this lady staff.

"Your flight is late," she said.

Anyone who would draw a comic of me at that time could draw a huge grey thick smoke over my head. Don't tell me again I'm late. I know that too well already! Oh, please!

'Your flight is late. Don't worry," she repeated.

Now this is absolutely insane. Is she telling me not to worry??!

Very calmly she responded to my anger. "I mean, your flight to Xi'An is late. Don't worry."

I tried to look around for any schedule update signs. None.

After immigration check in, I had to queue to have my backpack scanned. The queue seemed like forever to me. How long is my flight delayed? How long do I still have?? Aaarghhh...

The security lady standing in front of the scanning machine stared at my ticket. "You... Already take off..."

She shrugged her shoulders.

Behind the scanner, the other security asked, "Are you bringing a knife?"

"Can you open this?" She padded on my backpack.

She looked back to her screen and then pulled out the bag filled with batteries and et cetera. She held that bag up, turned it around, and... "Here! This is a knife!"

My heart stopped. I had completely forgotten about my brand new Swiss army knife. I purposely bought it for this trip. 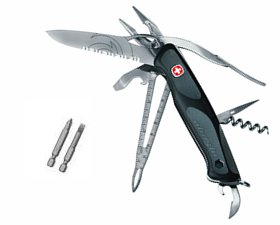 I had lavished my money on this model... That's not to mention how I had been searching here and there for this model... Oh... I wanted to cry.

If it weren't because of that awkward staff at Soekarno-Hatta check-in counter who ordered me to take out my batteries, my Swiss army knife which was tucked in the same bag, would have stayed in my suitcase.

My flight to Xi'An was delayed to more than two hours. After jogging unvolunteeringly through the corridors of Baiyuan International Airport, I still had to find a place to sit for another one hour. 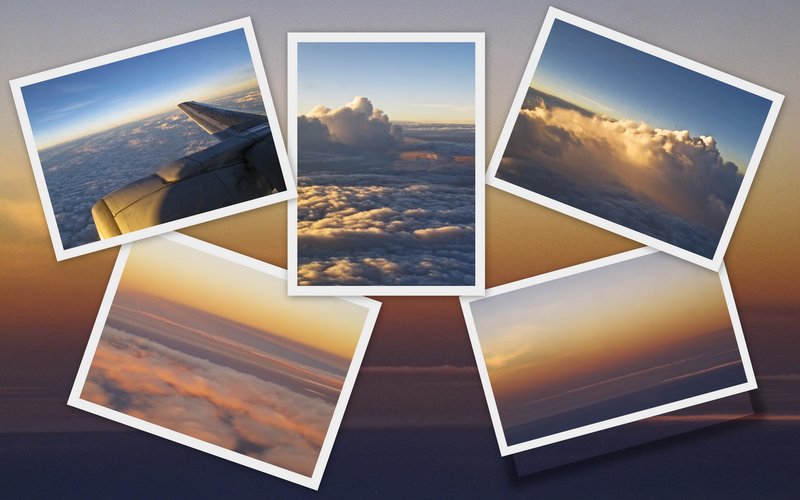 Though just for a short time, the sky made me forget about my brand new Swiss knife. 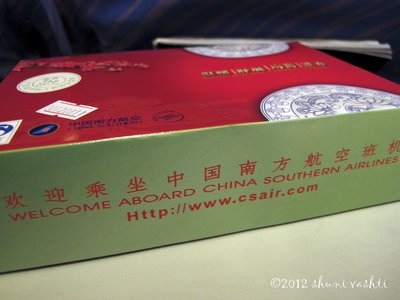 Welcome aboard! Don't worry. Your flight was late. 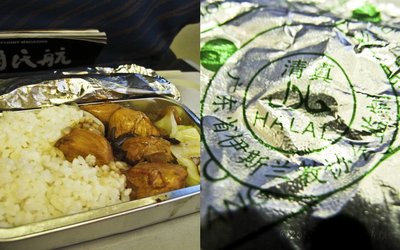 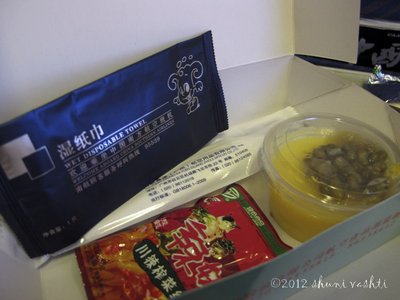 Midnight was standing by the gate, but Xi'An was still aloud. So busy it was that Han Tang Inn Hostel said, the previous guest in my reserved room didn't want to check out. So they put me into a dormitory room. Although the room was all to myself, it wasn't as comfortable as the single room I had booked. The funny thing was when the next day I wanted to prolong my stay, I was told,

"Even you pay, we cannot give the room to you, because it's booked already." Oh, well...