Derinkuyu Underground City and Beyond

Quoting from Insight Guides: Turkey
No one knows how many underground cities exist in Cappadocia, and more are still being discovered. Some of the tunnels were probably in use as early as the Bronze Age, and Hittite seals show that they took refuge here. many were used from time to time by Christians from Kayseri and elsewhere as they fled from invading Arab and Turkic hordes. As many as 30,000 people could hide in these deep, catacomb-like structures for perhaps three months at a time.

And according to Wikipedia:
The underground cities and structures are carved out of unique geological formations. They may have been used as hiding places during times of raids. The locations are now archaeological tourist attractions. They remain generally unoccupied. In excess of 200 underground cities containing a minimum of two levels have been discovered in the area between Kayseri and Nevsehir. Some 40 of those contain a minimum of three levels or more. The troglodyte cities at Kaymaklı and Derinkuyu are two of the best examples of habitable underground structures... Derinkuyu itself connects to Kaymaklli via an 8 km tunnel. 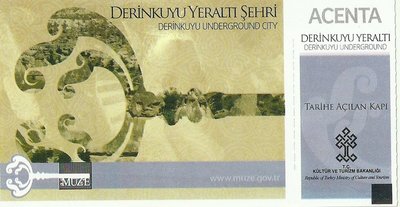 If I remember correctly -- hopefully I do -- our tour guide said that Derinkuyu Underground City consists of 5 levels. So does Wikipedia say. However, both Insight Guides: Turkey and The Rough Guide to Turkey state, 8 levels. Whatsoever, it's deep. When you are underground, whether you are on the 5th level or 8th, it doesn't make any difference anyway. Thanks to the remarkable ventilation shafts. On what level am I now? I don't know. I forgot to count. 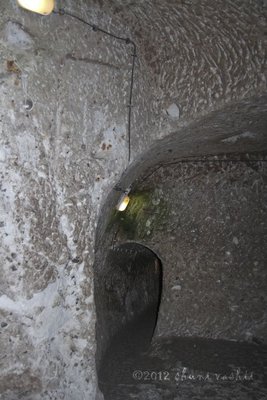 There's a time when a flashlight would be a plus. But most of the sections are perfectly illuminated. 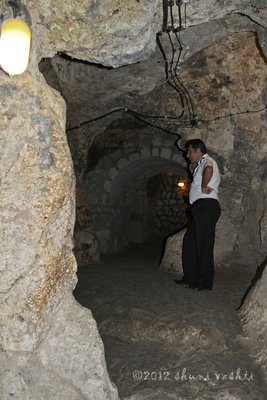 At every corner there's a guard who takes care that no one takes the wrong route that might lead to... uhm, Kaymakli, maybe? 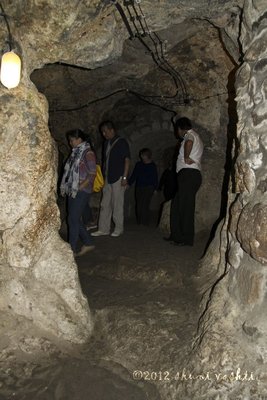 The guard also serves as a traffic police, especially on a busy summer like now. He makes sure two parties won't bump into each other in the middle of the tunnel. That would be absolute tragedy as either party has to walk backwards -- and possibly, upwards at the same time. 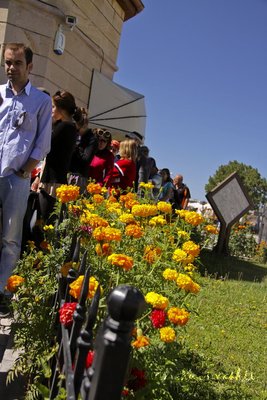 Like any popular sites in Cappadocia, we inevitably spent three quarts of the time queuing. We had to queue to get into the entrance. We had to queue to make a turn inside the tunnel. So? Better come in winter when the season is low? Yes and no. Yes, if you are like me who hated standing in line since kindergarten. Can you believe I didn't want to go to school just because of that? I guess that just proofs where I'm from. No hard feelings. Okay, so why no? No, if you are vulnerable to cold weather. I can guarantee it's freezing here in winter. Even in this summer, my Korean tourist fellows who wore short pants were constantly bending their legs up and down while waiting for the queue. And, even our guide, a local, acted no different!

He said, Cappadocia is known to be hot during the first half August and cold during the second half.

"Do people have to queue like this also in winter?" 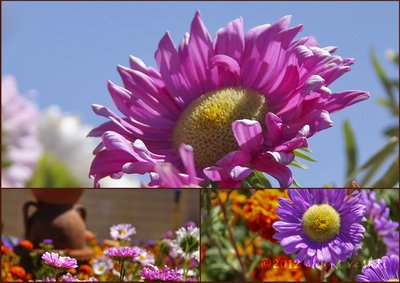 Conclusion, in winter no queuing, no flowers. 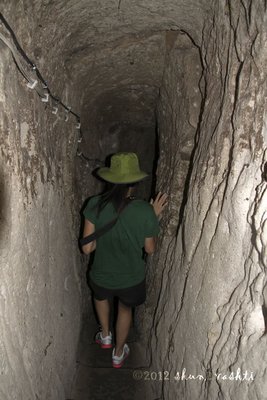 I don't mean to insult anyone. But frankly speaking, size can be an issue here. 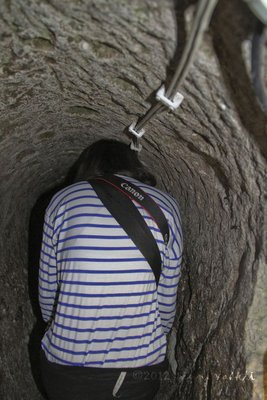 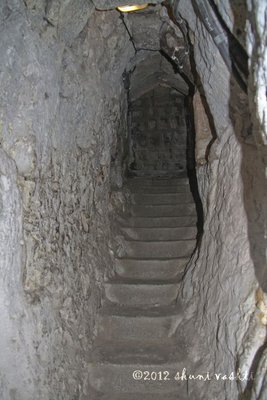 So can fitness level be. On the way back to civilization, you have to climb up, up, and up. How tough depends on how deep you are in love with elevators and escalators, I guess. 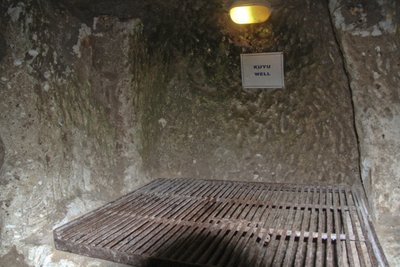 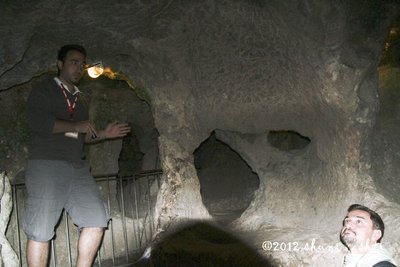 Here's our tour guide explaining things. He showed us the kitchen, dining room, living room, kids' playground, stable, and toilet. The stable is mainly located on the first (highest) level for ease when taking out the livestock to graze. 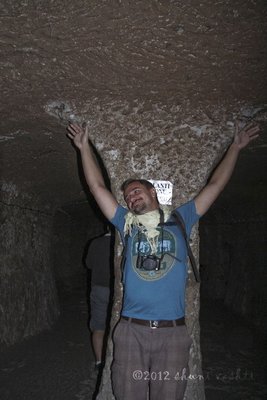 And here's a place to end an enemy's or traitor's captivity. You know what I mean. 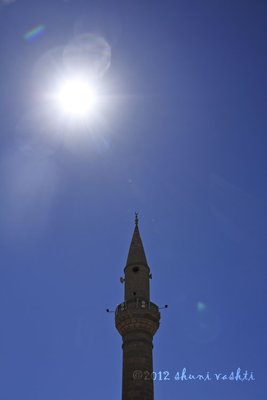 We were advised to wear on sunglasses before exiting to prevent our eyes from light-shock. Indeed, the sun was shining at its best. 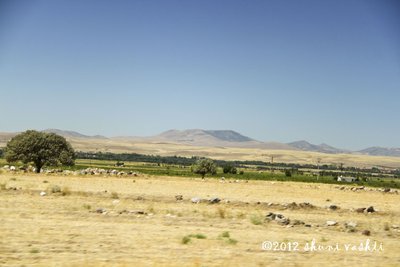 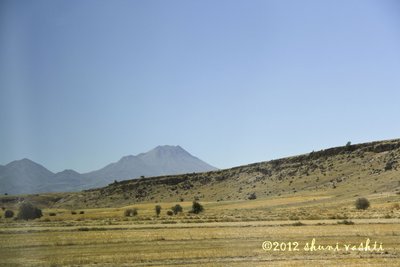 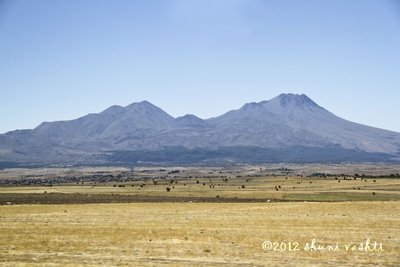