On the Highest Level in Cappadocia

Cappadocia Part ONE of Many 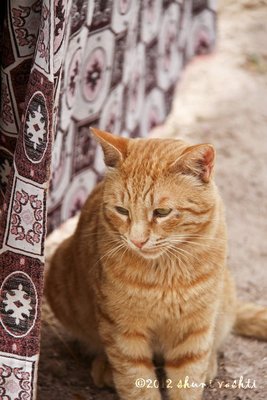 "Let me think where from to start."

Naturally I'm not a fan of cats, because cats occasionally poo on my yard, climb on my roof, and once fell into my bedroom (from the attic) when I was a kid. However, this cat at a souvenir vendor in Uchisar was irresistible to capture. Not like the ones in my neighborhood that spells annoyance, this one was clean and plump. Thus, let's start from Uchisar. 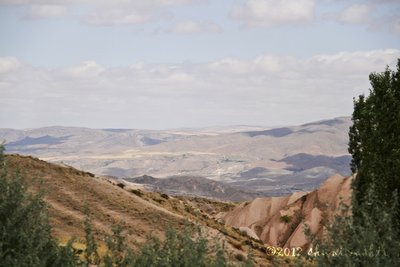 Uchisar is the highest point in Cappadocia. 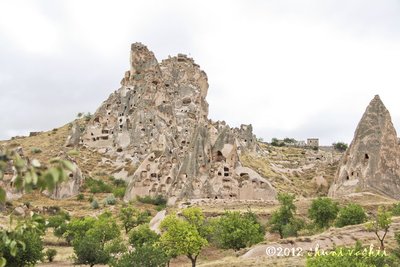 "Hisar" itself means "fortress". The highest castle, my guide Bilal explained, is 174 meters tall. On this fortress, in the ancient time, people watched over the Silk Road.

"Have you heard about the Silk Road?" Bilal asked.

I was the one who nodded the hardest, I suppose. 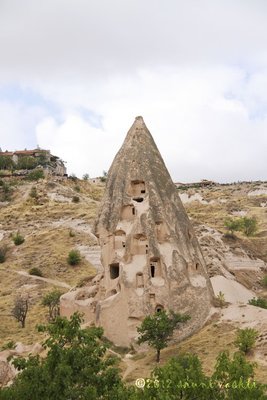 An ideal watchtower, isn't it? 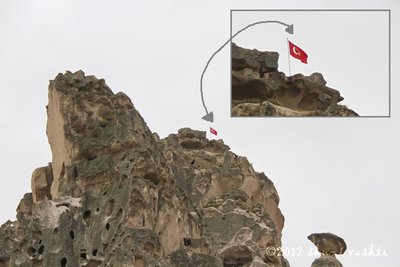 What can be more perfect than the flag of Turkey standing proudly on top? 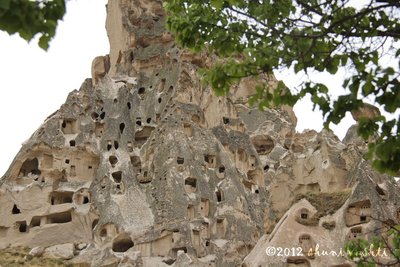 Massive dwellings have been carved out of the rocks. 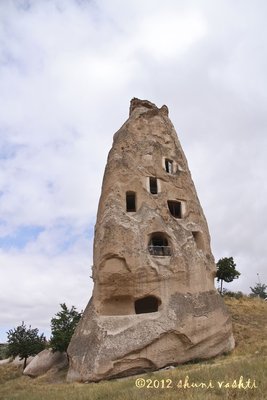 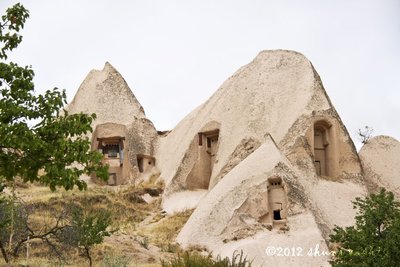 Quoting from Insight Guides: Turkey
... the stone of the rock valleys is as magical as it looks, for it is soft until cut inot and brought in contact with the air, making it a perfect medium for carving entire buildings out of the rock. 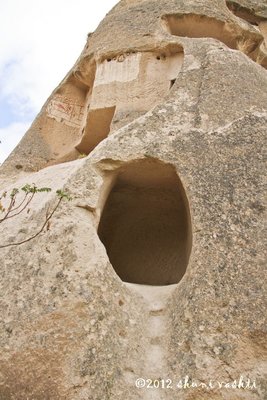 Do you see those steps at the middle bottom of the picture? 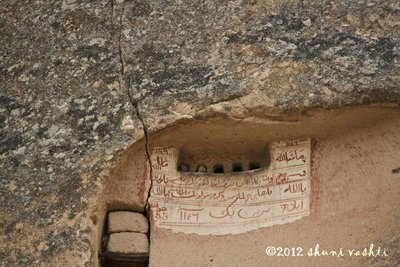 Through my tele-lens I discovered some graffiti on the walls. 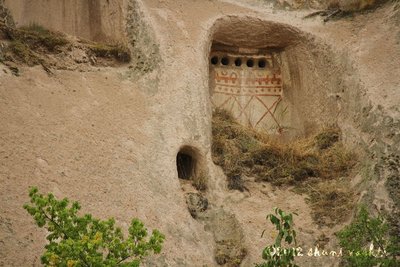 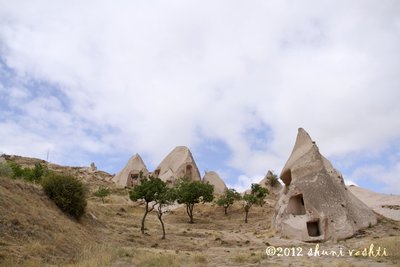 According to my notes, our tour guide, Bilal, said that between 1924 - 1930 there had been a population exchange between the Greek and Turks. Thus, some houses had been left inhabited. If you need more reference on the population exchange, you can check out Wikipedia.