... a Chinese princess smuggled out silkworm cocoons... By the 15th century, Bursa exported silk to almost the entire world...

Similar to what was mentioned in "Insight Guides Silk Road":

"It is thought that silk was first produced in China in 2600 BC. For over 2000 years, the Chinese jealously guarded the secret of silk production. But legend has it that In 149 BC, the Hakan, or king, of Khotan in Turkestan married a Chinese princess. Unable to forsake her silk finery, she smuggled out silkworm cocoons in her headdress. Later, the Hakan sent 400 silk manufacturers to Bursa, thereby introducing silk to the world. During the Ottoman era, Bursa was the purveyor of silk not only to the Ottoman but also the European courts. By the 15th century, Bursa exported silk to almost the entire world and was also an important centre of sericulture."

Hence, bread and coffee in the courtyard, are just like 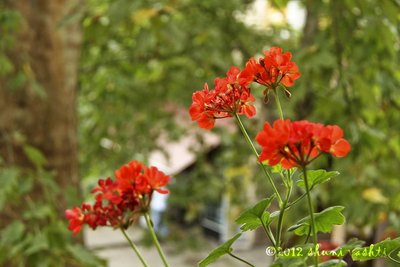 to the whole balcony filled with 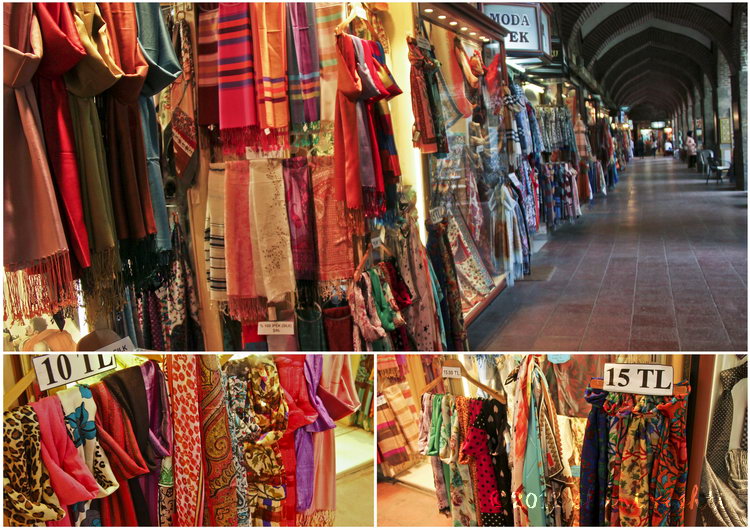 The shopkeepers were warm and welcoming, especially here in "Melda ipek". His name is Ali. Like the other shopkeeper before, he invited me in while saying,

In the first place, I traveled the Silk Road to discover a journey, not to shop for silk. But on a second thought, not buying anything of silk after traveling this far from Xi'an all the way on the Silk Road would be diminishing the essence of Silk Road. Moreover, Mr. Ali had been very kind. He answered all my questions about silk. He explained to me the differences between the products. 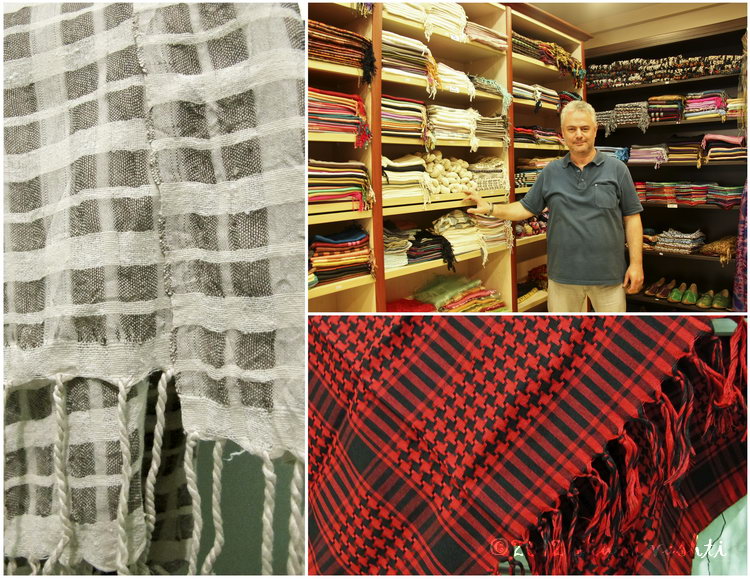 I bought that shawl on the left for 40 TL. It's 100% silk. We continued chatting and in the end he gave me this red cotton tablecloth. I have to say once more that if I hadn't come from a so-and-so economic background, I would have purchased more. Well aware that I still had several days in Turkey, I had to withhold myself and fight the temptation. Melda ipek certainly had a collection of lovely patterns on impressive colors -- and suitable price. 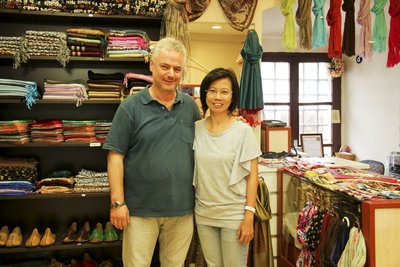 This was taken on Mr. Ali's request. He insisted. So he went outside to call someone. And then he told me that this friend is also a photographer. 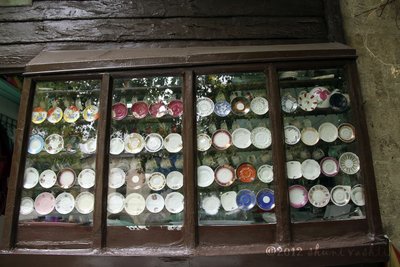 Koza Han is not merely about silk. 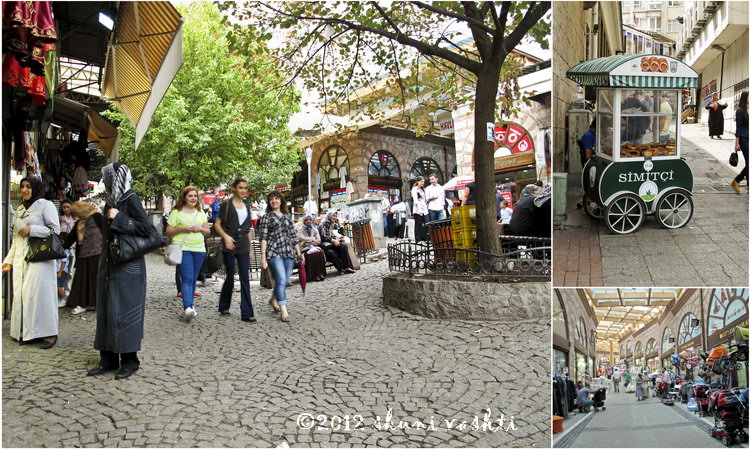 And, Koza Han connects to a series of channels that provides anything about nothing-silk, such as baby strollers. Or do they actually contain silk? I have read that silk is also used for aircraft bodies because of its remarkable tensile strength. Ah, the more I think about silk, the more I fall into full admiration. The journey of silk a.k.a. the Silk Road, and silk itself, represents endurance.

P.S.
For some more reference, you can visit Koza Han's website here. English version is available.