I Dropped My Jaw

because of my economic background was so-and-so.

The next leg of my Silk Road journey on Turkey: Bursa. Why Bursa? You'll find out. 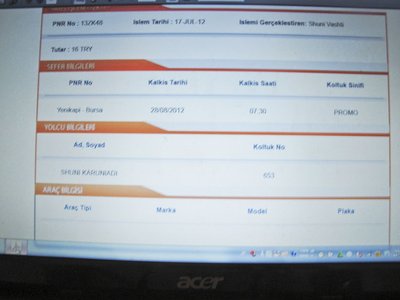 I forgot to print out my ferry ticket. I was worried the staffs would be fussy like occasionally in China. So besides jotting down my booking number, I took a picture of my laptop screen with the ticket on it. I intended to show my camera preview to the staff.

However, according to my 10 years job experience, Uncle Google is not always correct. Hence, to the worry caused by the absence of my ticket, I added another worry that Uncle Google had wrongly translated a word. What if it wasn't a ticket to Bursa I had bought?

At the ticket counter I presented a piece of paper with my name and booking number written on it. My mind was ready to recite a paragraph of explanation. My mouth started. "I'm sorry, Sir. I... "

He reached out for the piece of paper I placed on the counter, looked at it, nodded three times, turned to the computer, tapped here and there... voila! He placed a piece of boarding pass on the counter under my face. 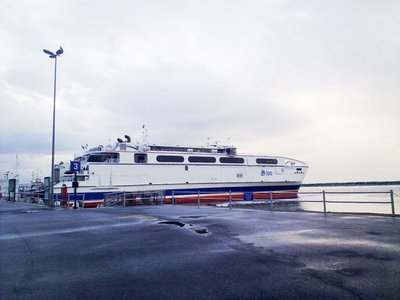 Here's the ferry. It had been raining the night before and the sky was still overcast.

My jaws dropped. For a journey that will take less than 2 hours, I'm taking a ferry that looks like the Cruise Ship Diary Series?? Is this going to Bursa? Did Uncle Google make a mistake?

The basement was a huge parking lot, exactly like Kelapa Gading Mall's parking lot. From the point I was standing, I couldn't see the opposite end. How did these cars get in? 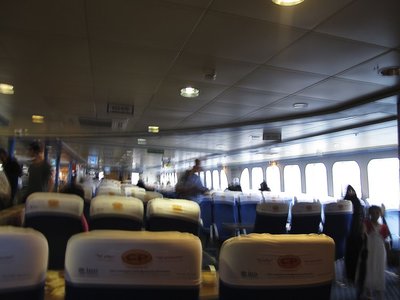 This is just third of the entire width. Yes, it's blurry. I was excited, thrilled, and kampungan. The ferry started to move and ah... I am no good actress. Other passengers could easily identify that I'm a foreigner (This is not China. I look very different now.) and that I come from a so-and-so country with a so-and-so also economic background. I couldn't stopped my face from grinning. 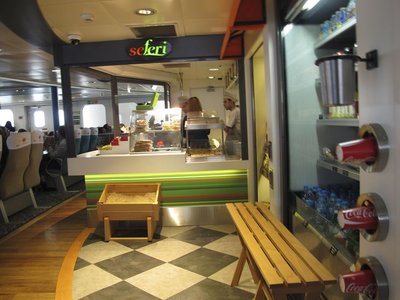 There is a tempting cafeteria on one side of the ferry and a not-so-tempting bookstore on the other side. The bookstore wasn't tempting, because they were written in Turkish. But the cafeteria... oh! Coffee and all those European delicacies with the strong smell of butter and cheese... If only my economic background wasn't that so-and-so... 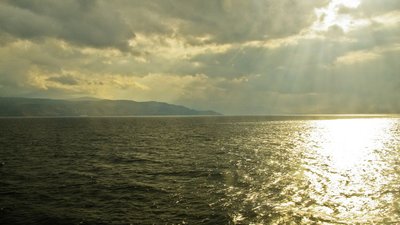 About an hour later, the sun began to reveal itself. 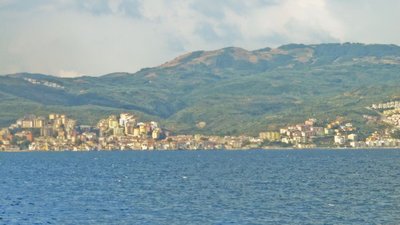 Bursa, I'm coming to you.

I dropped my jaw again when the sidewall of my ferry creaked. A huge part began to fall apart while a chain on both sides loosen automatically bit by bit. Then... more miraculous than magic, a huge bridge double the width of a car, laid in front of my eyes! So... that's how these tons of cars got inside the ferry basement.