The Camel and Three Beauties

In Strange Chimneys of the Fairies I mentioned about how the eruption of 3 mountains surrounding Cappadocia had created fairy chimneys. 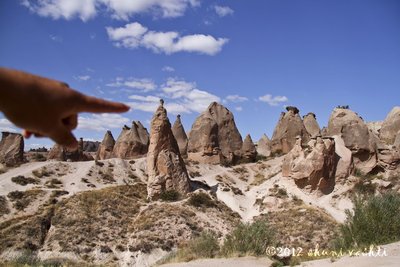 Now, look! The some thirty million years ago eruption has also created other stunning features. 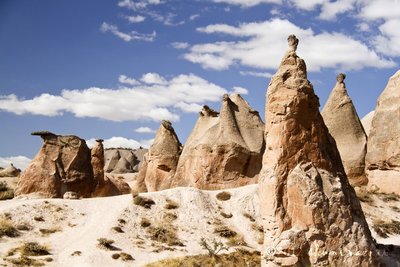 I told you, it looks like a giant fairy children's playground. As if they had placed stones on top of each rock. 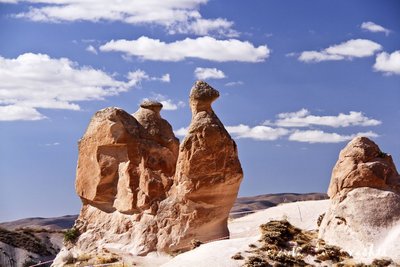 Look at this! This wasn't crafted nor sculptured by human. In my country then there would be a legend that says once upon a time, a naughty camel was so disobedient towards its master that it was cursed into a rock. Aha. 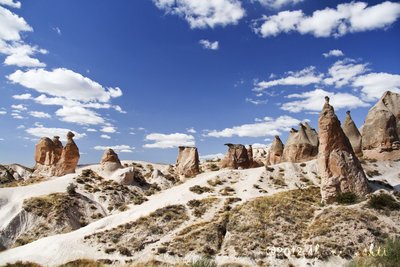 Actually our guide pointed out other features, but none could I get as significant as the camel. Can you find any? Does that one on the right look like a peacock? 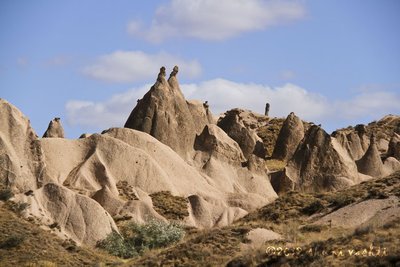 Any idea? A head with two ears? Totoro? Totoro went to Turkey, because Totoro heard Japanese language is similar to Turkish. Aha. 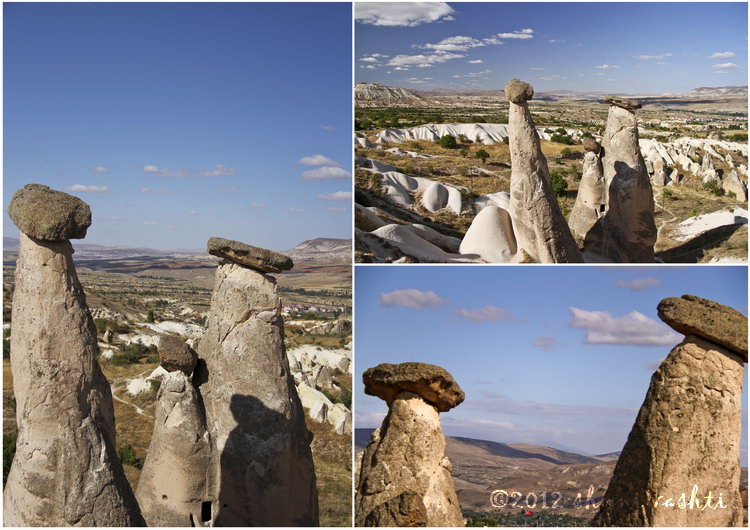 This one is named "Three Beauties", undoubtedly because of the three outstanding rocks with a cap on each. Maybe it was too hot in summer that they wore a cap on. Aha. 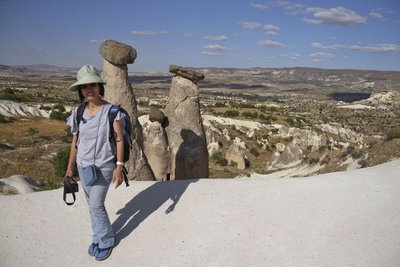 Do you know the fourth beauty? Aye. 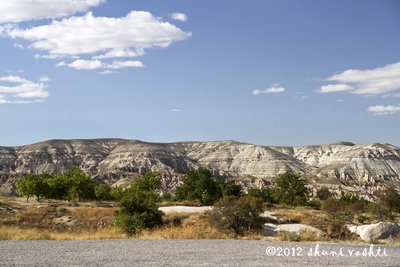