Strange Chimneys of the Fairies

Cappadocia Part FOUR of Many 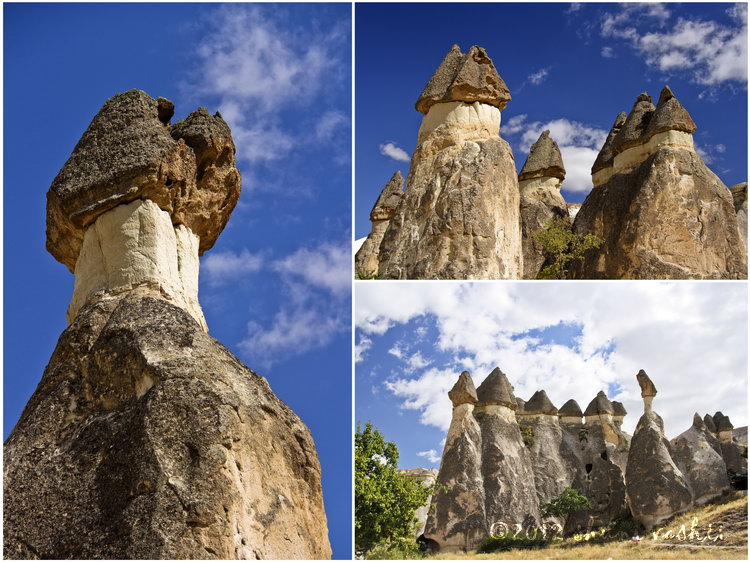 Quoting from "The Rough Guide to Turkey":
The peaks of three volcanoes -- Erciyes, Hasan, and Melendiz Daglan -- dominate Cappadocia. It was their eruptions some thirty million years ago, covering the former plateau of Urgup in ash and mud, that provided the region's raw material: tuff. This soft stone, formed by compressed volcanic ash, has been worked on ever since, by processes of erosion, to form the valleys and curious fairy chimney rock formations for which the region is so famous.

The original eruptions created a vast erosion basin, dipping slightly towards the Kizilirmak River, which marks an abrup division between the fantasy landscape of rocky Cappadocia and the green farmland around Kayseri. Where the tuff is mixed with rock, usually basalt, the erosion process can result in the famous cone-shape chimneys: the tuff surrounding the basalt is worn away, until it stands at the top of a larger cone. Eventually the underpart is eaten away to such an extent that it can no longer hold its capital: the whole thing collapses and the process starts again. 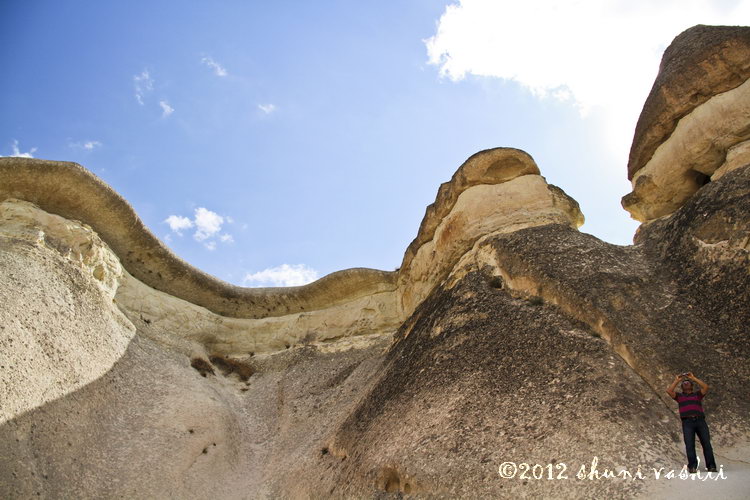 Do you see the man on bottom right of this photograph? This is to give you the picture how gigantic the rocks are. 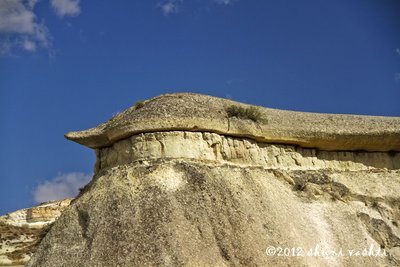 Here's another close up of the top layers.

As far as I understood my tour guide's explanation, the main material the eruption from each of the three mountains mentioned above were different. Neither did the eruption happen at the same time. This explains why the rocks seem to be made of three layers. They actually are. Just like baking a cake, one dough is poured above the other. The material of second layer is softer than the upper. Thus, it began to collapse, making the upper part look like a piece of stone stick upon. 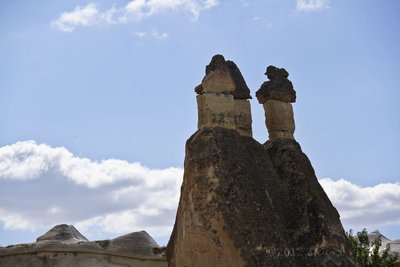 In my imagination, I fantasy giant children of the fairy world (thirty million years ago?) playing on this ground where I'm now standing. They played like I did, piling rocks on top of another, and then jumping over while taking care not to kick over the rocks. Suddenly it was time to go home. Both homework and housework, awaited them at home which was high, high, above in the sky. Day by day passed. They grew up and never returned until humans invented their land. Thus, here lays their playground, in silence. It was once filled with giant child laughter and singing. I can hear it still. Ah... when you stand here, you are like standing in a children story book. It's like a world you never know. It's wonderland. 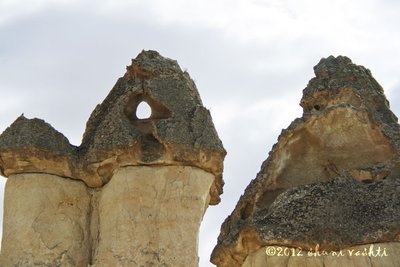 And this! Who made the hole? 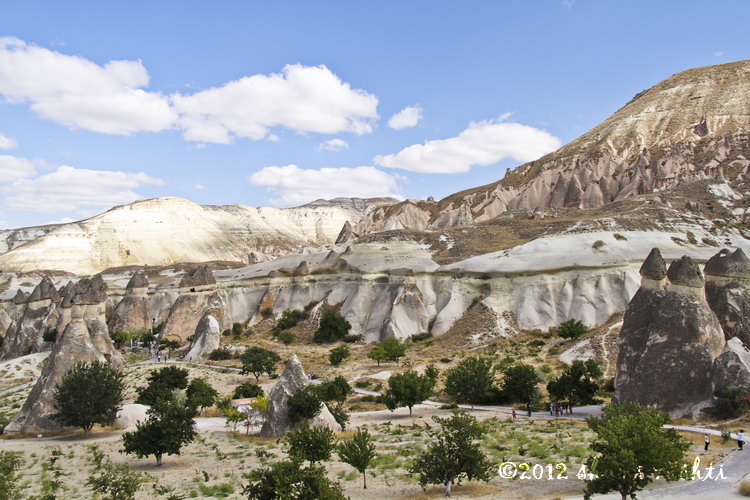 It was such a huge valley that for the so many times, I hated my tour guide for telling us, "I give you twenty minutes and we meet again down there. Is that enough?" 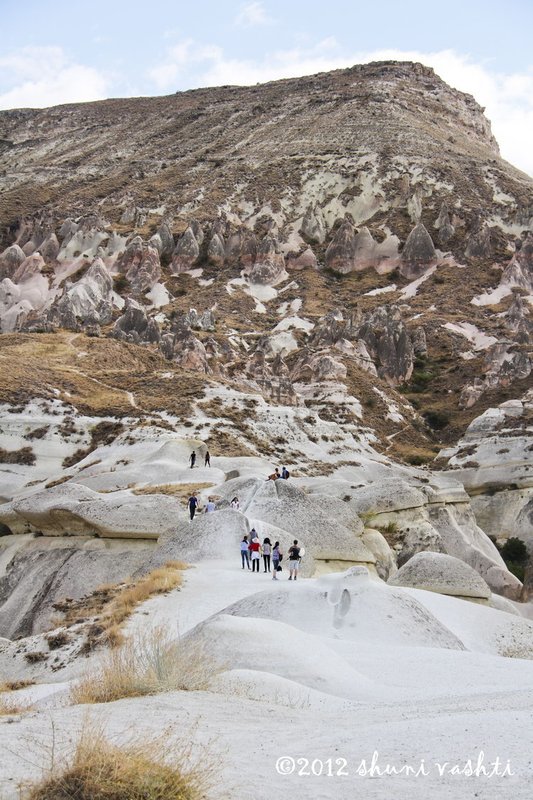 Do you see that tiny spots in the middle? Those are people. Do you get the picture?